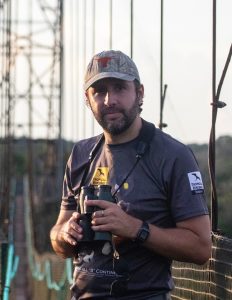 Andrés has been chasing birds all over his native Ecuador for well over a decade now. As part of our team he leads tours regularly in Ecuador, Argentina, Peru, Brazil, and Belize plus sporadically in Japan and other destinations. Andres has also explored Southeast Asia and South Africa learning new families and tons of new birds. Based in Quito, when not in the field, he can be found at his computer working on book publishing; he has already released several wildlife guidebooks for Ecuador, including a field guide to the birds of Northwest Ecuador, one for the birds of the Amazon and he just finished Wildlife of Ecuador: A Photographic Field Guide to Birds, Mammals, Reptiles, and Amphibians. 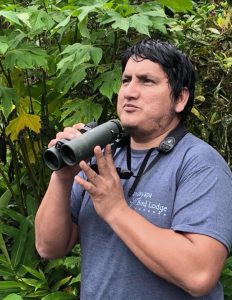 Alex became interested in birds at a very young age when he moved to Mindo, Ecuador. As a boy, he was lucky to have the opportunity to meet great birders who inspired him to have the same passion for birds, and he got well and truly hooked when a friend gifted him a field guide to the birds of Ecuador. Alex started to keep track of the species he had seen, and he started to travel throughout Ecuador searching for more lifers. After graduating from university, Alex decided to follow his dream of becoming a guide, and he has led many trips for both birders and bird photographers. Alex uses a Swarovski spotting scope. 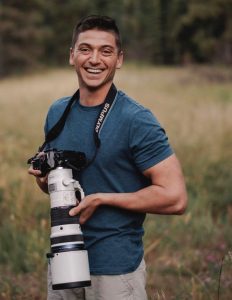 Ben is a nature photographer originally from the state of California. He has been photographing the natural world since the age of 9, focusing mainly on wildlife. It was through the lens of his father’s camera that he first observed the beautiful green and purple sheen of a Common Raven. Observing the fine hairs at the base of the birds massive bill, Ben became passionate about sharing the beauty of the natural world around him. From then on, Ben’s desire to educate others blossomed. He self-published a children’s book The Color of Birds to help young children learn their colors through bird identifications. He has traveled the United States extensively, especially in the Pacific Northwest where he completed college. While in school, Ben further honed his desire to teach with a degree in Environmental Policy and Education. Ben’s work has been published since 2007 by multiple organizations including: Natures Best Photography, Audubon, Ranger Rick, NANPA, Wildlife Photo Magazine and the BBC. Ben shoots with Olympus gear. 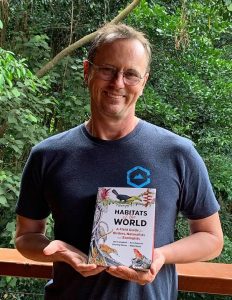 Iain grew up in the Australian bush and went to University in Sydney and Canberra. After a short stint as a research regolith geochemist at the CSIRO in Australia, he headed to Africa and South America to map tropical landscapes and explore for gold. His lifelong birding passion soon caught up with him, so he switched careers to build Tandayapa Bird Lodge in Ecuador and form Tropical Birding Tours with his mates Keith and Nick. Iain is near fanatical about getting more people into birding and wildlife photography, and works with many organizations trying to achieve this main goal. Besides searching for, and photographing rare birds and animals, he became fascinated by forest regeneration and the holistic relationships between landscape, vegetation and wildlife. He moved back to Australia in 2021 to expand the Australia tours. When not running and organising nature tours around the world, he writes wildlife field guides, ecology and biogeography books, as well as consulting on ecotourism projects. Iain uses Swarovski binoculars and scope, and shoots with Olympus camera gear. 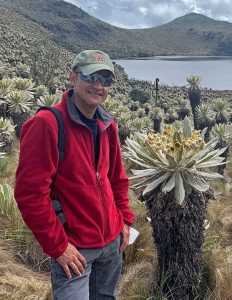 Pablo came to Tropical Birding by accident; this die-hard city-loving engineer had to go and help out in Tandayapa for a week, and suddenly realized there was far more to life than Quito nightlife. He became hooked on bird photography and quickly started taking out professional photographers and helping with photography workshops. 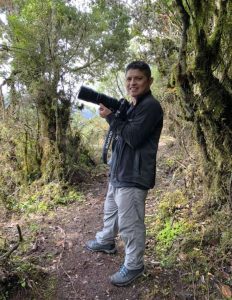 José grew up in Sani Isla, an Amazonian community in eastern Ecuador. His uncle, José Hualinga, was one of the pioneer guides of the Amazon, spawning a whole ream of quality guides that have now emerged from there. Therefore, it was only natural that José Illanes became a bird guide too, although, unusually, he began his training in the Amazon at the tender age of 12! After working at the famous Amazon lodges of La Selva and Sani (where he also helped to compile the official bird lists for the area), his reputation as a bird guide quickly grew, and so in 2002 he moved out of the Amazon and into Ecuador’s capital, Quito, after taking a job with Tropical Birding Tours and Tandayapa Bird Lodge. He is now one of the senior guides for Tropical Birding, having worked there for 14 years; and he continues to live in Quito, with his wife and young, soccer-mad son, Casey. His long-term experience as one of the most well known guides in Ecuador has led him to make a series of overseas presentations promoting birding in both the Quito region and Ecuador as a whole, including in the US (at an ABA convention in Maine); and the UK (at the largest birding festival in the world, the British Birdfair). José has led birding and bird photography tours to many different countries including Ecuador, Costa Rica, Peru, Venezuela, Australia, and Bhutan, and traveled to a number of other countries as well. He is known for his relaxed guiding style, keen sense of humor, and, especially, his sharp eyesight, which leads to his uncanny ability to find roosting owls in the daytime, a skill that makes him a very popular tour leader! 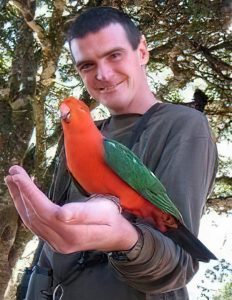 Nick gave up a lucrative career in geophysics to go watch birds in South America a decade ago and has never looked back. He lived for 16 years in Ecuador before returning to the States, and guides all over the Neotropics and occasionally elsewhere. He has a strong passion for both bird photography and sound recording; when no leading tours, can often be found in odd corners of the world adding to his collection. His blog and almost all of his photos can be found on his personal website, www.antpitta.com. He is using Swarovski binoculars and scope. He is the lead author and photographer of Birds of Western Ecuador: A Photographic Guide. 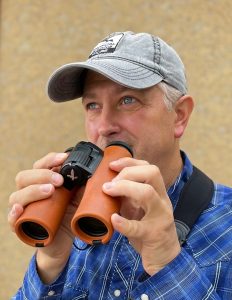 Sam began birding in London’s royal parks at the tender age of 11. Quickly, his obsession with birds grew and, before he knew it, he was chasing birds all over the UK, every chance he got. After graduating with a bachelor’s degree in Environmental Sciences (where he studied hummingbirds in Ecuador), he set out to travel even further afield and spent many months traveling Asia in search of birds as well. Since joining Tropical Birding Tours and Tandayapa Bird Lodge in 2005, he has settled in Ecuador and has led dozens of Ecuador tours throughout the country. Sam has also written several articles on Ecuadorian birds and has contributed photos of them for field guides and the Merlin app.